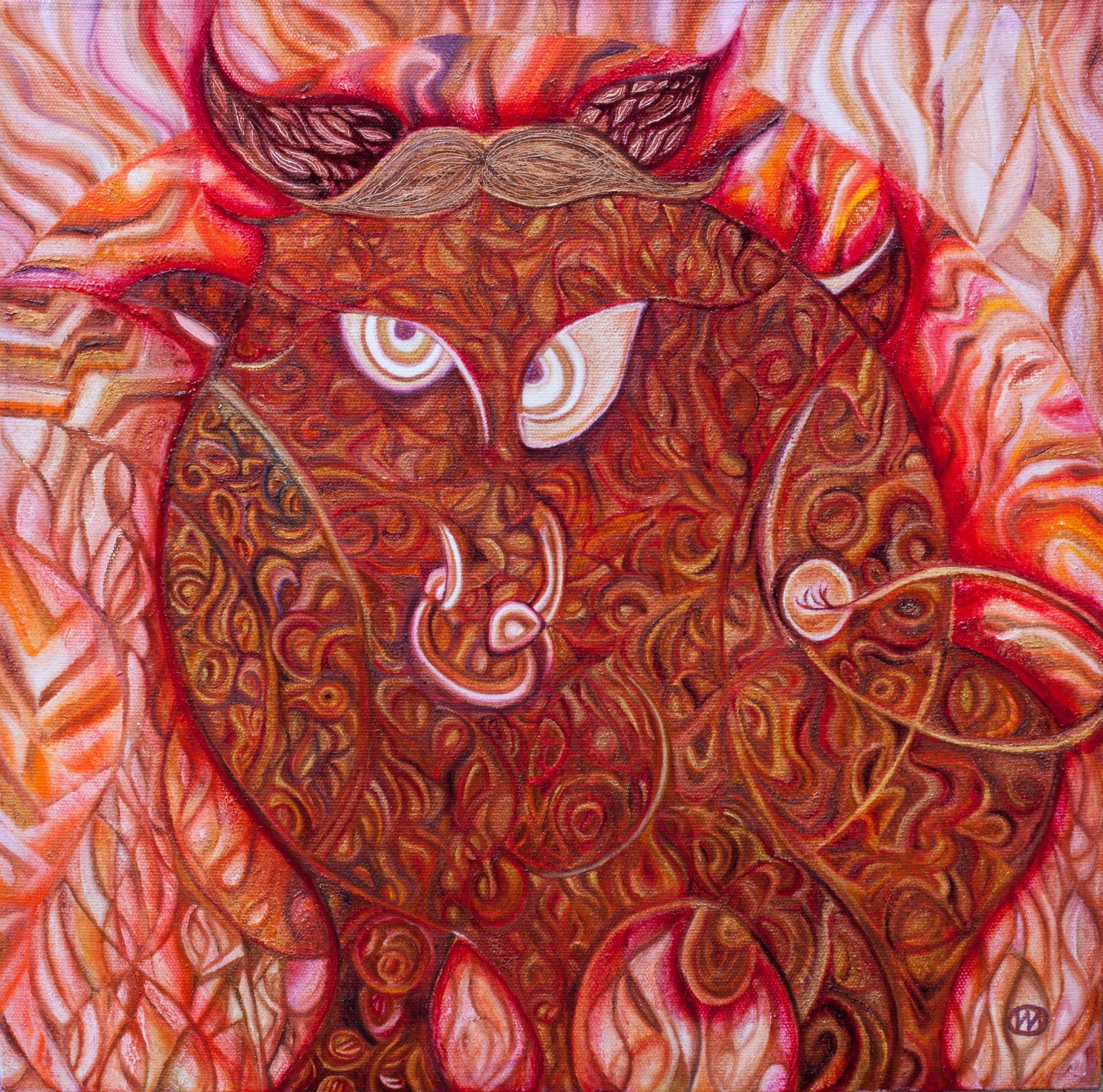 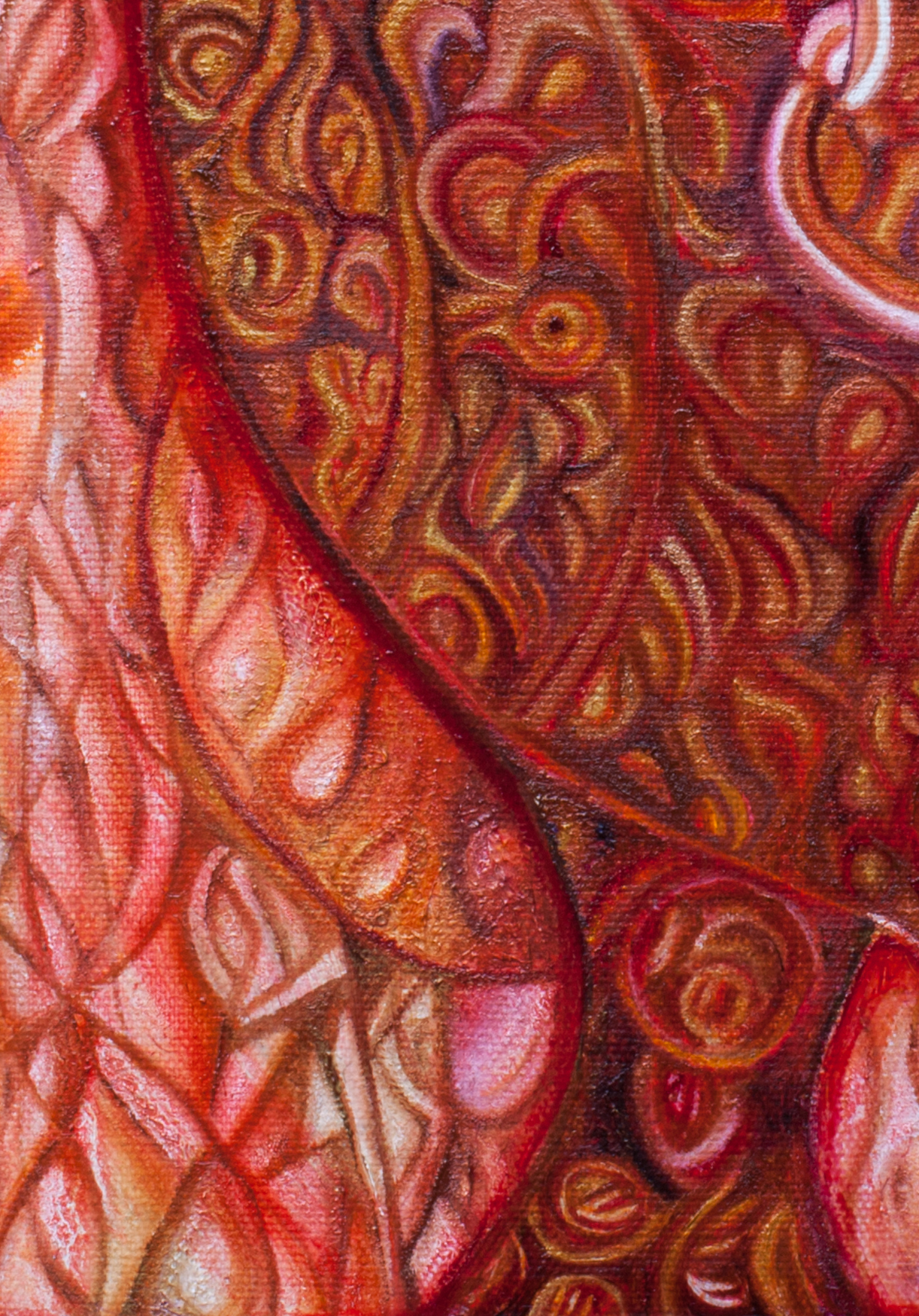 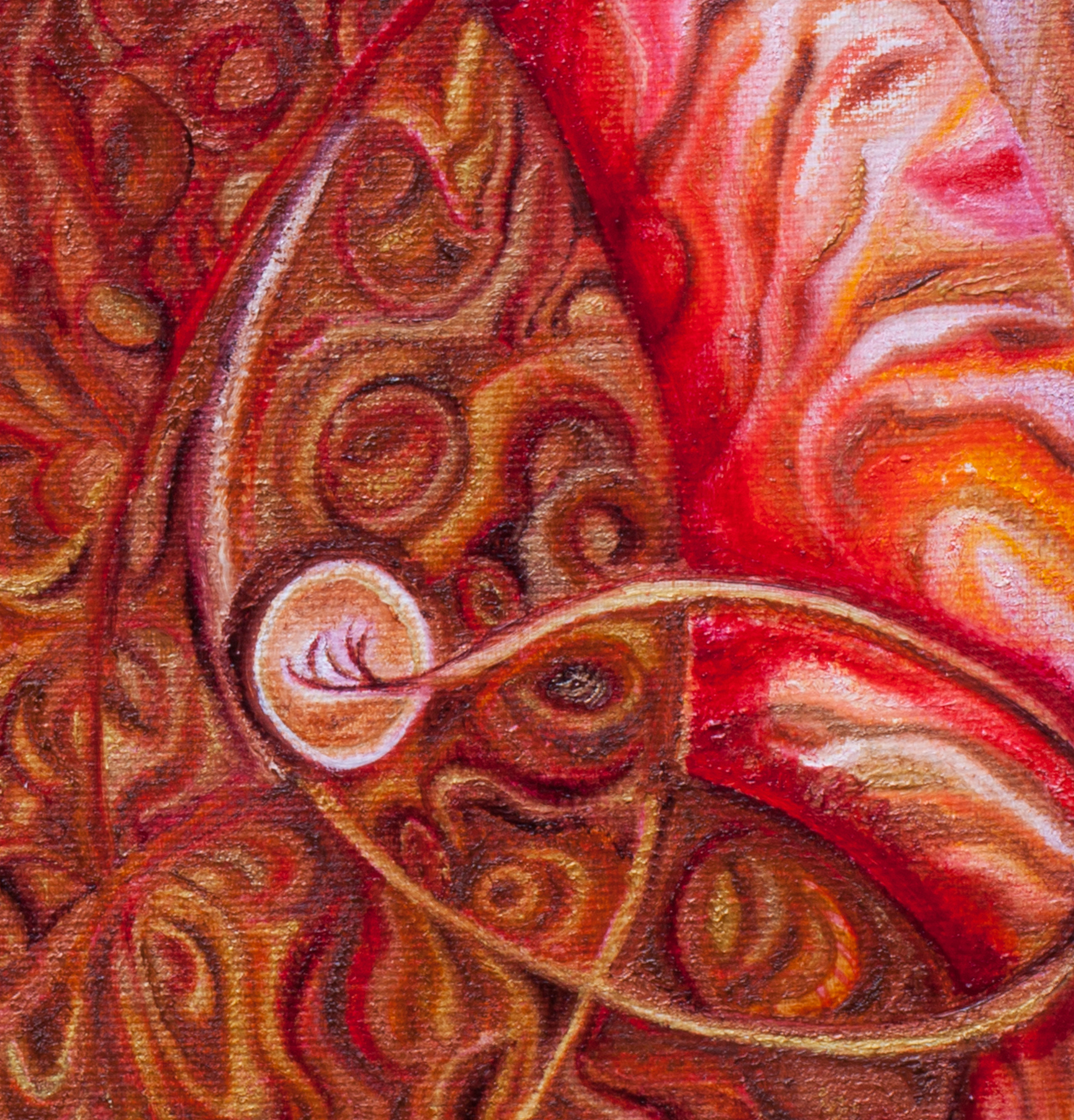 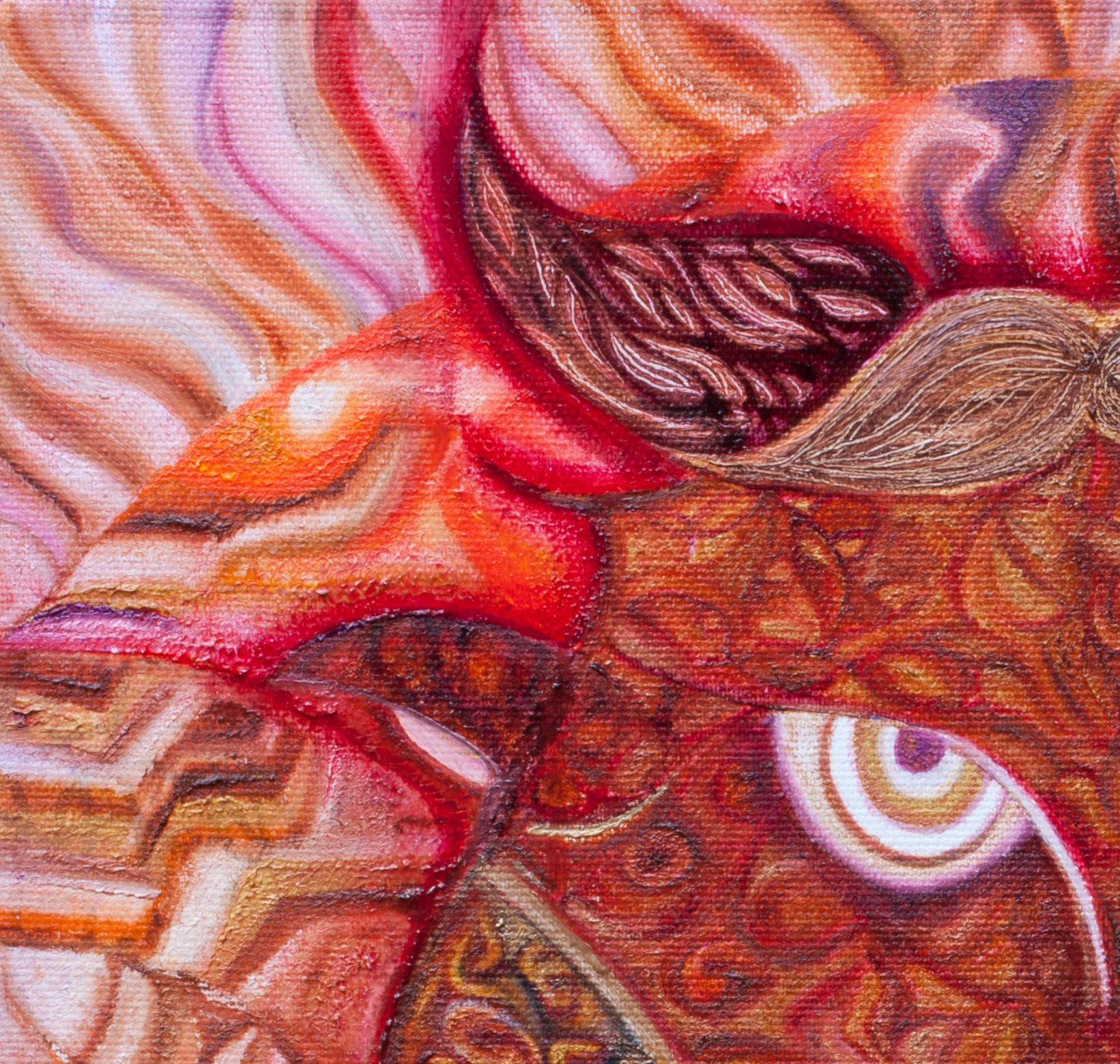 Фрагменты/Details
In summer of 2013 I have driven from Moscow to Tarifa – the Atlantic coast of Spain, and
spent a week there. On the way there I was passing Barcelona, Valencia, Granada, Malaga, all
Spain diagonally, and everywhere I have been accompanied by hot Spanish music and
curious monuments of black oxen, which are numerous and of huge size (four-storied house)
along the Spanish roads. I was not able to discover the meaning of these monuments,
whether they are placed there with commercial or patriotic purpose but nonetheless, in my
mind the Taurus is closely connected with the hot and sultry yellow-red passionate Spanish
culture.
Upon arrival to Tarifa and settling in a hotel I made a decision to fix my impression and
immediately made a sketch on the canvas with acrylic, and I was working on it during my
stay there. On the way back up until Valencia my kite surfing instructor Sergei Kuzmichev
(former taxi driver from Madrid) was driving the car, which allowed me to paint the Golden
Taurus for a few hours during the trip over Spain. Upon reaching Moscow I completed and
finished this painting and I dedicate it to Spain.